We want people to say 'Wow', not 'Awh'
Simon Baker

Ireland finished 8th at the EAFF European Amputee Football Championship that was held in Krakow between the 12th and 19th of September 2021. Following group stage victories against Belgium (8-0) and Germany (2-1) Ireland advanced to the knock-out stages where they were unfortunate to meet eventual winners Turkey.

Despite holding the Turks to a single goal lead in the first half, Ireland were undone five minutes into the second half when the competition's eventual Top Scorer and Player of the Tournament, Omer Guleryuz put Turkey 2-0 ahead. Turkey eventually ran out 4-0 winners on their way to retaining their crown as European Champions.

Ireland advance to Quarter-Finals of Euro 2021

Following two impressive wins against Belgium and Germany and a defeat to Russia, Ireland advance from Group C of the Amputee Football European Championship. The Boys in Green now face reigning European Champions and World Cup runners up Turkey in their quarter-final on Friday. With a place in the last four at stake, Ireland will do their utmost to advance against the tournament favourites. 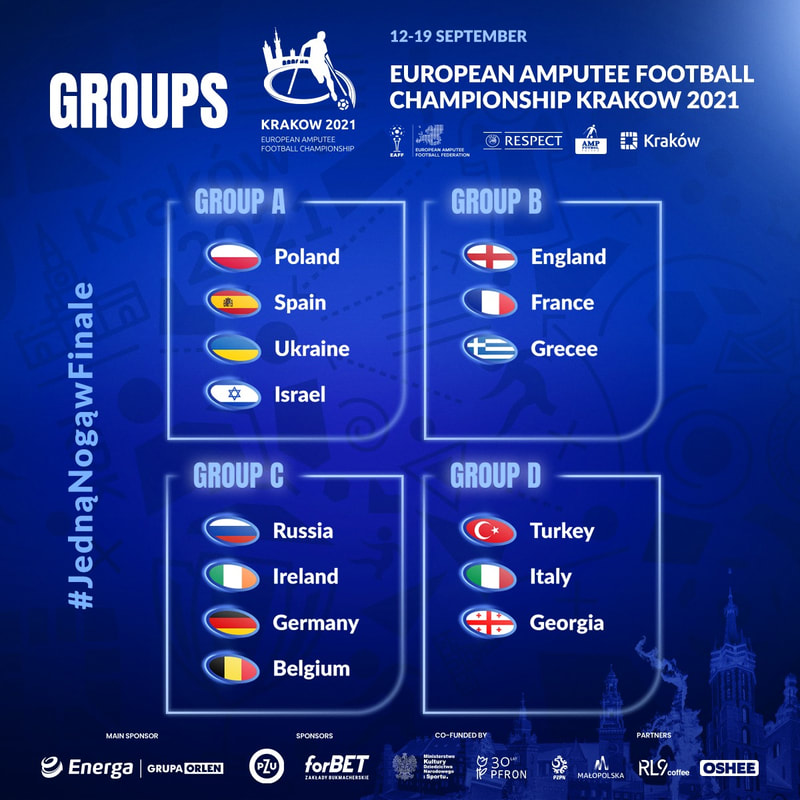 The Irish Amputee International squad will travel to Poland in September to compete at the second edition of the European Amputee Football Federation Amputee Football European Championship. Ireland have been drawn in Group C and will face Belgium, Germany and Russia from Monday 13th to Wednesday 15th of September in Poland. Having finished 6th at the first EAFF European Championship in Istanbul, Turkey in 2017, our Boys in Green will be looking to go at least one step further and are targeting a semi-final birth.

All fixtures will be streamed live on the EAFF Facebook page: https://www.facebook.com/EuroAMP
EAFF European Championship 2021 - Fixtures, Rep. of Ireland